Our Combination for Success and Customer Service Excellence.

TTM has a highly diversified revenue base covering key growth markets and over 1,000 customers worldwide. We cover varied industries, each characterized by rapid product introduction cycles and demand for time-critical services followed by full-scale production.

The approximately 17,000 employees who make up TTM are an essential part of our business. No matter what role an individual plays in the company, from equipment operator to CEO, each employee makes a vital contribution to our success.

Supports customers in the aerospace sector with an emphasis on commercial aerospace, defense, and space technologies.

Supports customers in the networking, telecom, and computing markets.

Canice T. K. Chung is the Asia Pacific Business Development Advisor to the CEO. He had served as our Executive Vice President and President, Asia Pacific Business Unit since April 2012, and prior to that served as Chief Executive Officer of our Asia Pacific operating segment since April 8, 2010. Prior to joining our company, Mr. Chung served as Deputy Managing Director of Meadville Group since 2005. Prior to joining the Meadville Group, Mr. Chung was an Executive Director of Elec & Eltek International Holdings Limited (formerly listed on The Stock Exchange of Hong Kong Limited) from August 1993 to March 2005 and Elec & Eltek International Company Limited (a company listed on the Singapore Exchange Securities Trading Limited) from April 1994 to March 2005. Mr. Chung had been Chief Executive Officer of Elec & Eltek Group's PCB business and held various management positions at Fairchild Semiconductors (HK) Limited, China Cement Company (Hong Kong) Limited, the Astec Group and Chen Hsong Machinery Co, Limited. Mr. Chung graduated from the Hong Kong Polytechnic University in 1979 in Accountancy. Mr. Chung is currently the Chairman of the Hong Kong Printed Circuit Association Limited.

Catherine Gridley is the Executive Vice President and President of the Aerospace & Defense/Specialty Business Unit. She joined TTM in 2019 from Northrop Grumman Corporation, where she most recently served as the Vice President and General Manager of the Advanced Defense Services Division. Prior to Northrop Grumman, Catherine held P&L leadership positions with DynCorp International, GE Aviation Systems and Goodrich. She earned her Bachelor of Science in Accounting from Ithaca College and MBA from Binghamton University.

Kent Hardwick is the Senior Vice President of Global Sales and EMS. Mr. Hardwick began his career in sales management with Sigma Circuits in 1982, developing regional sales territories throughout North America. In 1992, Kent was promoted to Director of Business Development at Sigma, managing the growth and direction of vital multinational accounts. In 1996, Mr. Hardwick was elevated to Vice President of Sales and Marketing at Sigma Circuits and successfully led the sales organization through the acquisition by Tyco Electronics in 1998. At Tyco Electronics, Mr. Hardwick was responsible for cultivating the key global account customer base and developing the teams that support them. In 2006, TTM Technologies acquired the Tyco Printed Circuit Group. As Director of Business Development for TTM, Mr. Hardwick managed the growth and transition of critical customer groups. In 2008, Kent was promoted to Vice President of the Global E-MS Business division before his role as SVP of Global Sales for the Company. Mr. Hardwick received his Bachelor's degree in Business Administration from California State University, Hayward.

Dale Knecht is the Senior Vice President of Global Information Technology. From 2001 to 2006, Mr. Knecht served as Vice President of Information Technology for the Tyco Electronics Printed Circuit Group. From 2003 to 2006, Mr. Knecht served in a dual role as Director of IT Regional Governance - North America for Tyco Electronics. Before that, Mr. Knecht served from 1998 to 2001 as Manager, SAP Global Support, and from 1993 to1998 as Regional Systems Manager - Latin America & Canada for AMP Inc. Mr. Knecht holds a Bachelor of Science in Mathematics from Lafayette College and an Executive Master in Cybersecurity degree from Brown University.

Todd B. Schull became our Executive Vice President, Chief Financial Officer, Treasurer and Secretary in March 2013, having joined our company as an Executive Vice President in February 2013. Before joining TTM, Mr. Schull served as Senior Vice President of Finance and Corporate Controller of Sanmina Corporation. Before joining Sanmina, Mr. Schull was Corporate Controller of Ultratech from 2003 to 2005. Mr. Schull started his career with Deloitte LLP and then held leadership positions with Verbatim Corporation, Solectron Corporation, Tidal Software, Repeater Technologies, and VA Linux. Mr. Schull holds a Bachelor of Science degree in accounting from the University of Utah.

Phil Titterton is Executive Vice President and the Chief Operating Officer. Most recently, Phil served as the President of the Aerospace & Defense / Specialty Business Unit. Before that position, Phil was the Chief Operating Officer of TTM's North America Business Unit, and from 2006 to 2014 held many leadership roles including Vice President Operations of TTM's North America Business Unit, Vice President of the Aerospace and Defense Operations, as well as General Manager of the Stafford Division. He also held positions as Vice President of Operations and General Manager for Tyco Electronics Printed Circuit Group from 1992 to 2006 before TTM Technologies acquired them. Mr. Titterton began his career in 1987 as an Operations Manager at Proctor and Gamble, followed by an Operations Consulting role at Coopers & Lybrand based out of NYC. Phil holds a Bachelor's Degree in Electrical Engineering from Lehigh University.

Dan Weber leads the Office of the General Counsel which includes the contracts and administration function. Before joining TTM in 2015, Dan served as the General Counsel for Viasystems for approximately 11 years and had served as in-house counsel for Viasystems for over 15 years. Dan previously also served as Vice President and General Counsel of Courtesy Corporation, a plastic molding manufacturer based in the United States, and as General Counsel of International Wire Group, Inc., a multinational insulated and bare copper wire manufacturer. Prior to embarking on his in-house legal career, Dan worked in private practice at Gallop, Johnson & Neuman, L.C. in the corporate and securities group. Mr. Weber completed his undergraduate work from University of Kansas and received his Law Degree from St. Louis University. 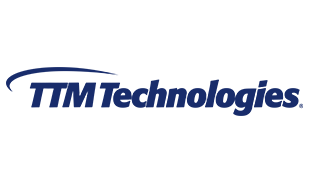